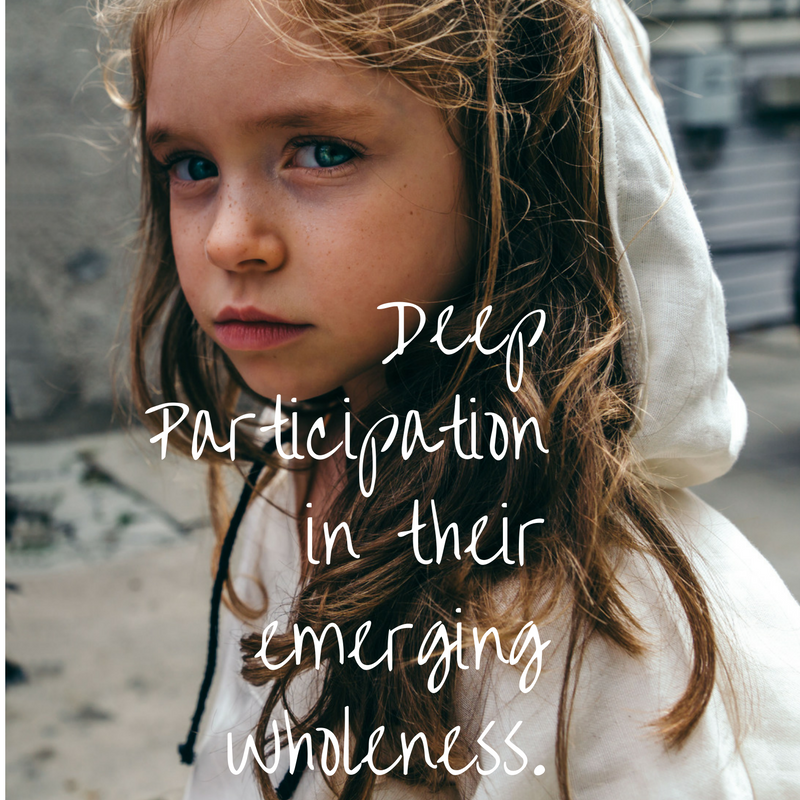 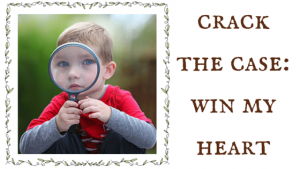 We’ve all smelled it.

Hopefully just one culprit at a time,

but sometimes the stink is rising from every corner.

You know what I mean — that dank, rank, rotten-in-Denmark “mystery odour” that comes from an out-of-whack kid (or two, or three). 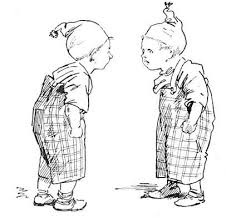 that’s gotten diabolically entrenched in the carpet fibres of your daily life.

And worst of all — you can’t pinpoint the source.

Maybe it’s some never-ending sibling squabble, or your toddler’s spasmodic screeching reflex, or the illogical waves of sorrow and sensitivity that haunt your nine year old….

I’m talking about the kind of pattern that evokes a quiet and growing panic, because it goes on and on….for days, weeks, months, and you… 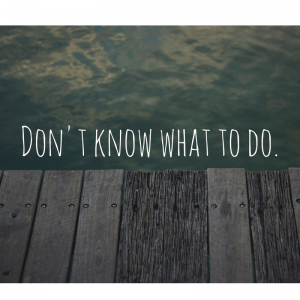 a) your ‘bad’ parenting or

b) ‘just who they are’ and will always be.

(Which would be worse?)

You know how it is ~ if your child is carrying a burden, you are carrying it times ten.

And if you suspect that somehow you are actually culpable for their current condition, welcome to the ultimate sink hole.

More about that later, but as you probably know — there is no parenting power in that place.

you know you are living in a mystery caper

because all you seem to think about is cracking the case.

It doesn’t matter how big or small the case, there is a masterful place to begin.

If you want to unravel that which is stuck, connect the dots, and see with CSI clarity, then I have a blueprint for you.

Today I want to share with you the thrilling tale, the nail-biting escapade, of how I cracked (and got cracked) by such a case ~ how I dove right into the mess and stink and slaughter of:

“My Daughter the Serial Housecleaner.”

Yes, you read that right.

My Daughter the Serial Housecleaner 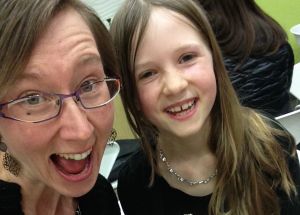 Madelyn is a neat freak.

She is also a true blue melancholic, while I am a light-hearted, buttercup sanguine and a perpetual optimist.

So our home runs a lot like the inside of the girl’s head in Inside Out. 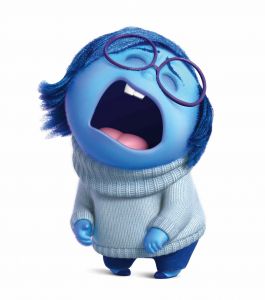 It’s doom vs. possibility, every day — Joy and Sadness duking it out, in often ridiculous ways…

The tyranny of the Neat Freak Melancholic Streak is a rare phenomenon, I admit.

Madelyn takes one look at the house when she gets home from school and bursts into tears because it is not immaculate.

When I ask Madelyn what she wants to do next she begs, “Clean!”

She is probably the only kid in history who has asked permission to polish the vacuum cleaner and wash the soap dispensers.

Hers is a cleaning rampage that never ends, which is all fine and great, except for the spazzing and ragging.

Every day, she pounces on her younger brothers to tidy up in the middle of their playing!

Unfortunately, she got me for a mother.

I am prone to prioritize (even idolize) play over cleanup.  I defend the boys’ mess to the bitter end.

I value 9000 other things more highly than a clean toilet.  (Sorry honey)

I am also a harmony hound. 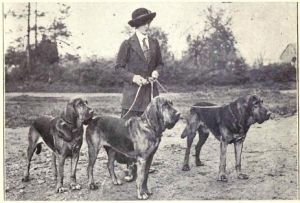 Which means my tolerance for bickering, whining, and other high pitch noises is really flea-bite size.

When the kids start fighting I start growling the low, agitated growl of a bloodhound picking up the scent of murder.

So here I was, getting somewhat concerned for Madelyn’s future husband…..and ruminating — what’s driving this deep-down misery and OCD of hers?

As Maddy’s manic spree of criminal cleanliness spiralled out of control yet again I decided to try something different.

I decided to try out a little Investigative Parenting… 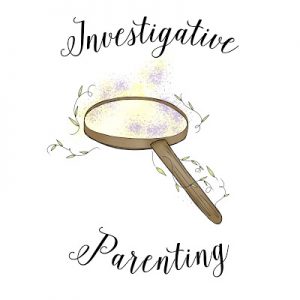 Investigative Parenting is a stream of magic I’ve been hashing out for Parent School.

One, it gets to the bottom of the case —

transforming those gristly points of irritation into growth spurts.

And two, it inevitably fires some cosmic kickback at you, the parent.  (You will also be changed!)

I have to tell you — it’s awesome, it works, and I’ve fallen in love with its magical ways.

In Madelyn’s case, the evidence has been stunning.

Her core melancholic temperament has been blossoming a new skin: newfound resilience.  And it is bringing harmony (sweet harmony!) to our home.

Miracle #2.  We now have this dependable set of keys to her heart.  We’ve unlocked her love language.  If I want to make sure Maddy feels special all I have to do is buckle down and clean something.  Just the other day my husband Tom spent the whole afternoon cleaning with Madelyn as a bonding experience.

Miracle #3.  Madelyn has transformed me.  Her standards, which are higher than mine, are becoming my standards.  In this domain of housework I have become more like her.

Which makes me her disciple!  (Being disciplined by your own children = downright awesome)

Bonus Miracle:  Our house is consistently tidier than ever.  We have arrived at a new normal that doesn’t rely on anyone nagging anyone.  (We worked out a ‘no cleaning / no nagging’ zone around the boys’ play, and in return they have a new respect for Official clean up time when it comes)

Even my 4 year old will spontaneously report, “Mom, the house isn’t tidy enough right now” and will start putting toys away and happily scrubbing things.  Maddy has raised the bar for all of us!

How did all this happen?

Firstly, I got into my investigative mindset.

(Similar to what makes a good detective tick)

I received my ‘by jove’ moment and I became a huge part of the solution.

The revelation came in the night….

I clicked on the lamp and wrote on a stickie note pad: 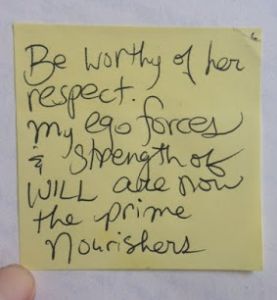 It may sound cryptic, but for me it was a lightening bolt — exactly what I needed to hear.

There was a piece of Adulthood I needed to carry better.

I actually needed to be more worthy of her respect, in my deeds.

(the shape of living I’m putting out there). 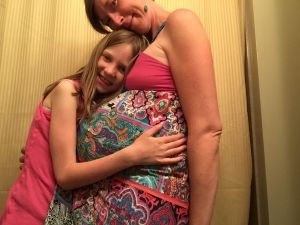 for perfection and order

was worthy to be matched by me.

By my honour and effort.

So I stoked up my Will.

I got my head in the game.  I invested my own guts into her daily wrestle for that pleasing aesthetic and it became my daily gift to her.

We started writing up little checklists of jobs to tackle together.  A mutual give and take —

For her, knowing that after she played for a while I would join her for a nitty gritty work bee gave her joy to embrace her day.

For me, if I “did my chores” then I was allowed to move on to the things that I wanted to do.  (It is a strange experience to be down on the bathroom floor scrubbing and saying to your child, “now can I go play?!”)

This is a sweet spot for the parent-heart to arrive at….where we confront our own weakness so the whole picture can move forward.

What a privilege — this Deep Participation in their emerging Wholeness. 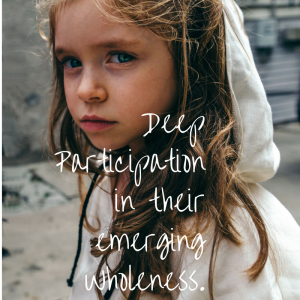 We will not be left indefinitely in the squalor and stink of un-livable behaviours.

With practise, we can get downright Sherlock at understanding our child’s inner world.

That’s one of the things that Parent by Magic is all about.

And you’re always invited to come along deeper….

We do this kind of stuff!

I would love to have you aboard,

so come on in! 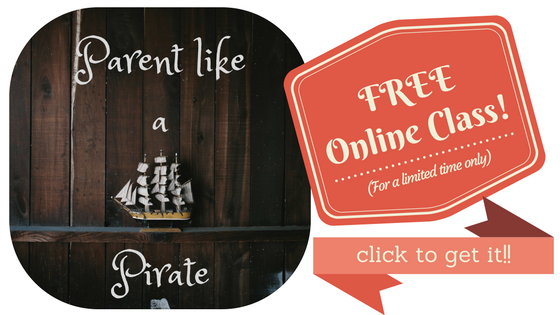 p.s. If you only wish your child was a serial housecleaner, then Module 3 is for you!  It’s called RUN A TIGHT SHIP:  CHORES AHOY!

« The Call of the Sea

Love Affair at the Airport »